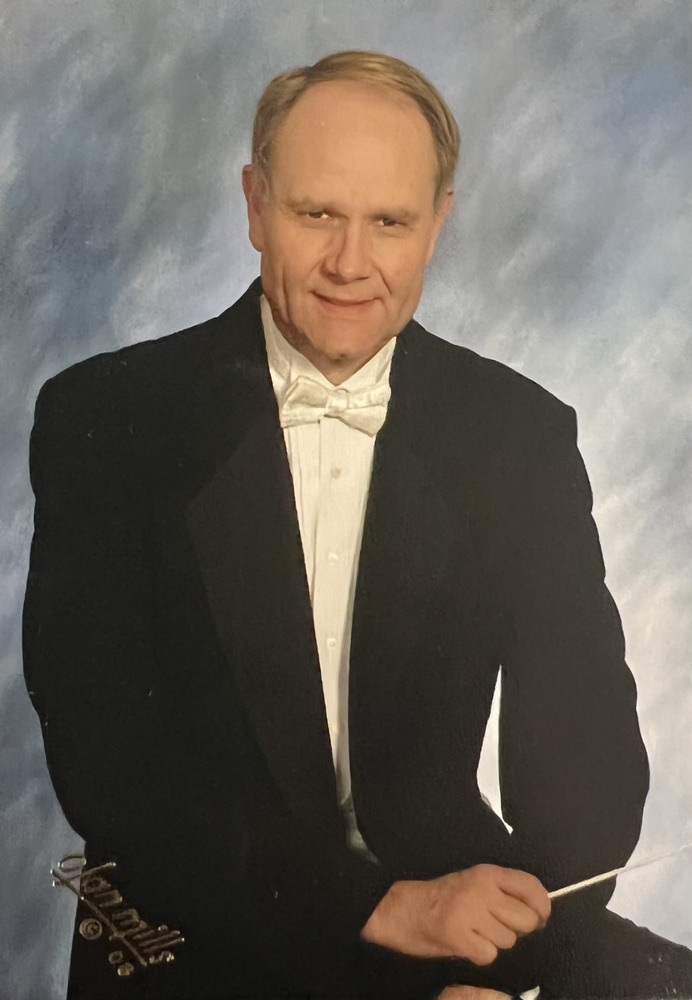 Mr. Gippert taught over 16 years in Hemlock and over 16 years at North Farmington High School, in Farmington MI when Carl retired from public school teaching in 2004.  While in Hemlock Mr. Gippert was a finalist for the Michigan Band Teacher of the Year and in Farmington, Mr. Gippert was elected Michigan School Band and Orchestra Association Orchestra Teacher of the Year.  Mr. Gippert is active in numerous professional associations including:  MSBOA, MASTA, MMEMC, WASBE, ASBDA, and NBA.  He continues to adjudicate, guest conduct and provide clinics throughout Michigan.  His bands, orchestras, percussion ensembles and other ensembles have consistently earned high ratings at district, state, national and international music festivals including three festivals in Germany and one festival in Japan.  His performing organizations have been featured in Ann Arbor at the January Michigan Music Conference and at the December Chicago International Music Conference.

Mr. Gippert has been on staff of the Oakland Hills Music Camp and Blue Lake Fine Arts Camp.  He conducted the Blue Lake Fine Arts Camp International Symphony Band on its 25th Anniversary European tour in addition to two other European tours.  He is the editor of Orchestra Music Sources and Band Music Sources, books of music lists according to country and culture.  Some of his work has also been published in The Instrumentalist and MENCS’s Music Educator’s Journal; a Sequential K-12 Music Curriculum for Farmington Public Schools; and a MSBOA document titled A Criteria for Basic and Quality Secondary School Music Programs in Michigan Schools.  Mr. Gippert has also been listed fourteen times in Who’s Who Among American’s Teachers.  In 1997 Mr. Gippert was selected as the Farmington Public Schools and Oakland County High School Teacher of the Year.  In December, 2001 Mr. Gippert was selected as the first State honoree for Michigan by the School Band and Orchestra Journal as one of “50 Directors Who Make A Difference” in the United States.  He taught saxophone at Saginaw Valley and for about 10 years Carl was the band director at St. Clair County Community College where he expanded the symphonic band from 7 to 65 members, reestablished the Jazz Band, formed a Low Brass Ensemble and Brass Ensemble.

Carl lives in Bloomfield Hills with his 16-year-old daughter, Gabrielle and two dogs, Oscar and Teddy.  He continues to conduct the Blue Water New Horizons Music Orchestra Program in Port Huron and is on the Board of Directors for the Detroit Skating Club serving as Chairman of the Fund-Raising Committee. During his tenure at Hemlock and other school districts, Carl has written or helped to write numerous grants for equipment and survival of programs through difficult times.

Superintendent Don Killingbeck said “It is an honor to recognize an educational champion and Hemlock legend like Carl Gippert. His time at Hemlock Public School District is filled with tremendous accomplishments.”