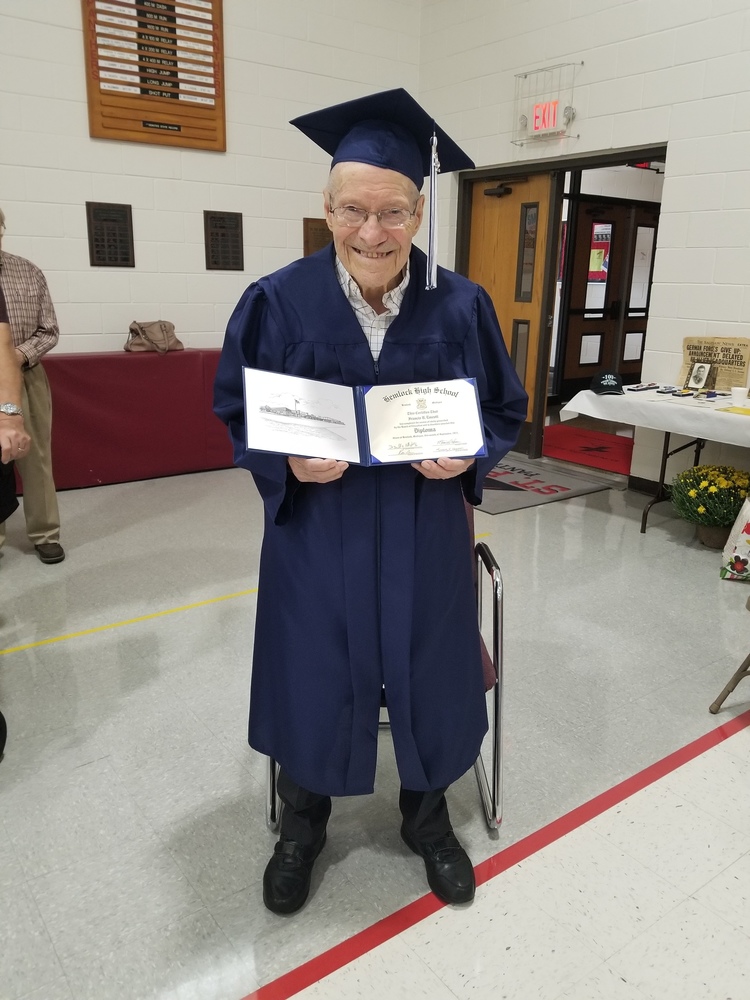 Hemlock Public School District, along with the Emeott family and friends, celebrated Frank Emeott’s 100th  birthday on Saturday, September 10, 2022, at St. Peter Lutheran Church.  The birthday celebration was attended by many family and friends, and the special surprise was Frank finally received his well-deserved high school diploma.

Frank Emeott was born September 8, 1922, and has been a life-long Huskie.  His family lived within the Hemlock community and was a farming family.  Like many farming families at that time, children were asked to stay home and work the family farm, and Frank did not graduate from high school.

Frank is a WWII veteran and served in the Air Force stationed at Eglin Air Force Base, Florida, where he worked as a flight engineer in the proving ground command center, which was the heavy bomb unit of the Air Force.

After he returned from his service, Frank married Arlene (Tessin) on January 30, 1948; they were married for 62 years and have three children.  Frank valued education, and all of his children attended and graduated from colleges and universities.  Frank said, “This is such an honor, and I am so grateful, finally, after 100 years, I have my high school diploma!”

Dr. Donald Killingbeck said, “It is an honor of the Hemlock Public School District to present Frank Emeott, a WWII veteran with a high school diploma. Frank exemplifies the Huskie spirit and passion of a lifelong learner and a focus on being a productive contributing member to our community and society as a whole, and this is a well-earned honor.”