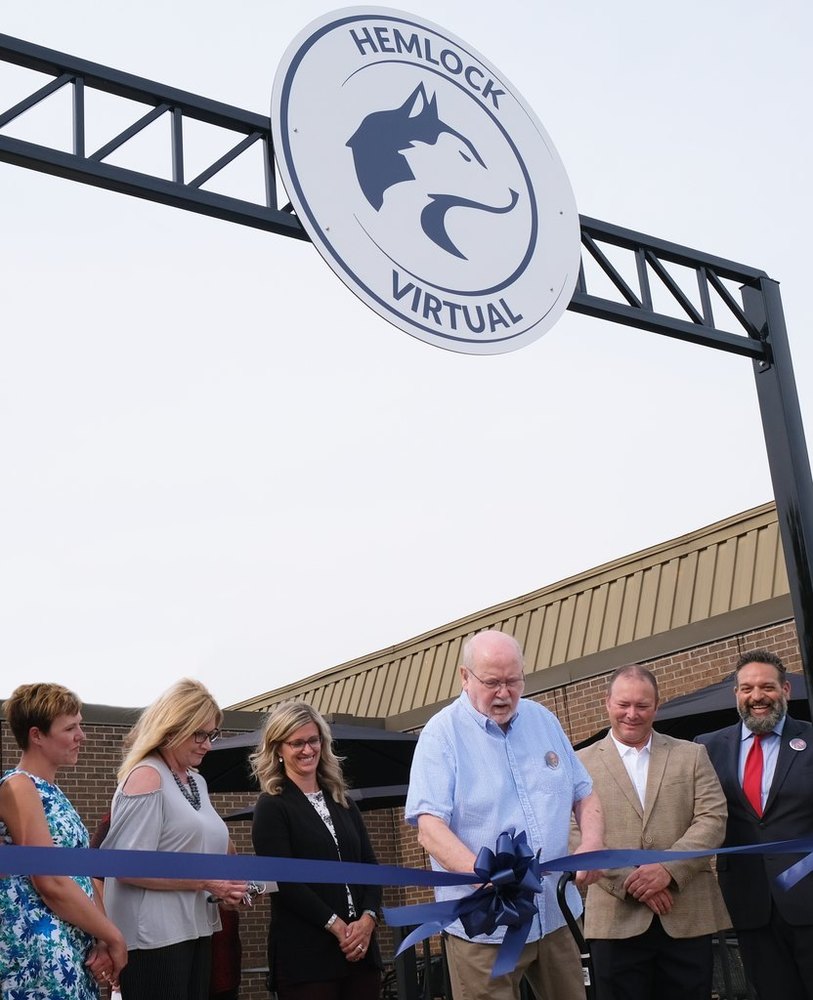 There is an ancient Hebrew saying, “honor where honor is due,” the Hemlock Board of Education honored and celebrated Reg Rye with a grand opening on June 2, 2021, of the district’s learning center named in his honor.

Board President Wesener said, “Hemlock Public School District wouldn’t be where we are today without the dedication, support, and leadership of tremendous individuals like Reg Rye.  We are proud to have the opportunity to recognize and honor his efforts with the Reg Rye Learning Center.”

Reg Rye began his career here at Hemlock Public School District nearly 60 years ago, in 1963, working as a middle school teacher and finished his career with the district with an exclamation mark in 1999 as the District Superintendent.

He coached, drove a school bus, and could be found at nearly every extracurricular event, investing his time, and energy with students and families to create a better and brighter tomorrow, which we have all been recipients of.

The Reg Rye Learning Center hosts Hemlock Virtual, which provides online, face-to-face, and drop-in support through a self-paced learning program to students. The classroom is designed to be inviting and includes an outdoor patio along with various types of seating options for students.

The Reg Rye Learning Center supports a fresh vision for education reimagined supporting student success, one student, at a time.

Superintendent Killingbeck noted, “Reg Rye’s focus was always on helping students succeed, the Reg Rye Learning Center is a physical space that shares that same focus and was a perfect way to honor him and his leadership to our school and community.