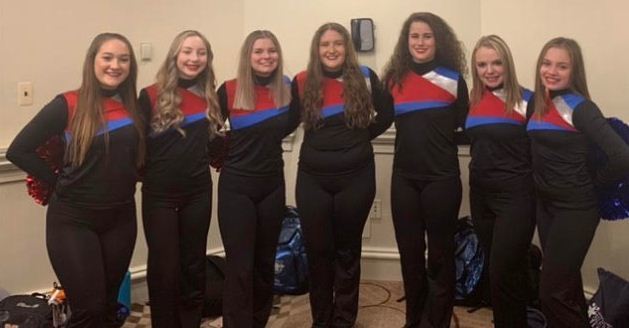 The Mid-American All-Star Team consists of girls from all over the state of Michigan who try out during summer camp.

The team had only one practice together before their Thanksgiving Day debut.

“I am so thankful to be a part of the Mid-American Pom Pon All-Star Team, and being able to have these experiences with my Hemlock teammates makes it even more special,” stated Junior Madison Fromholz.

Principal Keith Green noted, “I’m very proud of these young ladies, and I am thankful for their outstanding representation for our school district.”