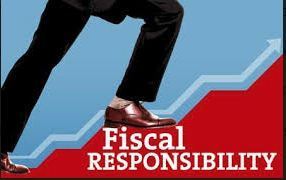 From the 2013-2014 school year to the present, Hemlock Public School District has made significant strides with sound fiscal management. The district has moved from being historically financially unstable and unhealthy to a financial state recommended by the Michigan Association of School Boards and Michigan School Business Officials on par with peer districts and those across the State of Michigan.

Board President Katherine Ellison said, “Hemlock Public School District has worked hard to get to a place of stability. It means great things for the District and better opportunities for kids."

School finance is a complex environment not often easily understood because unlike business, governmental, or school accounting usually involves different funding streams with varying requirements of spending. A school district relies on a general fund balance as a safety net for operation and to make payroll.

The 2019-20 school year will be the first known time in recent history that the school district did not need to borrow, to be able to make payroll sometime during the school year. It should be noted that borrowing is relatively common in K-12 public education in the State of Michigan, but not desired as it requires a school district to pay interest and redirect dollars that otherwise could be spent on educating children. Not borrowing to make payroll will generate savings between $9-25k per year for Hemlock Public School District.

In addition to reaching a threshold that is recognized as healthy, not having to borrow, the district also improved their Moody's credit rating, which saves taxpayers thousands of dollars whenever there is additional borrowing needed.

Despite reaching these high benchmarks, there are still needs that will not fit within the day to day operational budget, which is primarily dedicated to personnel (85-87%), which leaves little room within the confines of the general fund to address the need for updated windows, roofs, buses, and more.